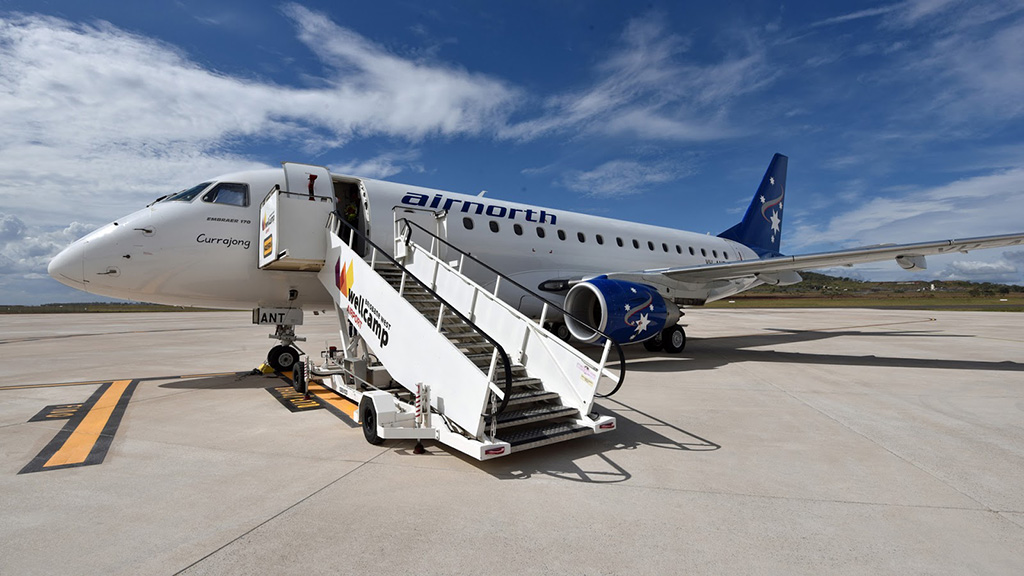 Airnorth strengthen ties with Townsville and North Queensland with ‘Currajong’

Over 300 entries were received in Airnorth’s ‘Name our Jet’ competition that ran last month, exclusively for Townsville and North Queensland residents.

After a lengthy review process the airline chose the name ‘Currajong’ for the latest addition to their Embraer 170 fleet, VH-ANT, entered by local resident, Kirsi Rahikainen of Charters Towers.

Airnorth’s Chief Executive Officer, Michael Bridge commented that it was great to see such enthusiasm from our Townsville and North Queensland passengers.

“Our aim for this competition was to find a name that was unique or had a strong link to the region. Currajong was chosen due to its connection with the state heritage-listed residence of the same name in Townsville that was built in 1888. Our choice of this name came down to the unique history of the residence, the people who lived in it and their association to the major pastoral, sugar and resource industries that all contributed to the development of Townsville and North Queensland.” said Mr Bridge.

“We received an extremely positive reaction to the name from our function guests which was fantastic. With such a strong tie to Townsville’s early history of and growth of such important industries for the region we are very proud to have Currajong as a member of our jet fleet,” said Ms Saunders.

Thought to have originated from ‘Kurrajong’, an Indigenous name for widely distributed tree of eastern Australia, Currajong shares its name with a local suburb, school, road and park.

Established in 1978 and with its hub based in Darwin, Airnorth is now Australia’s second oldest Airline brand operating Australia’s youngest regional jet fleet and carries in excess of 300,000 passengers annually.