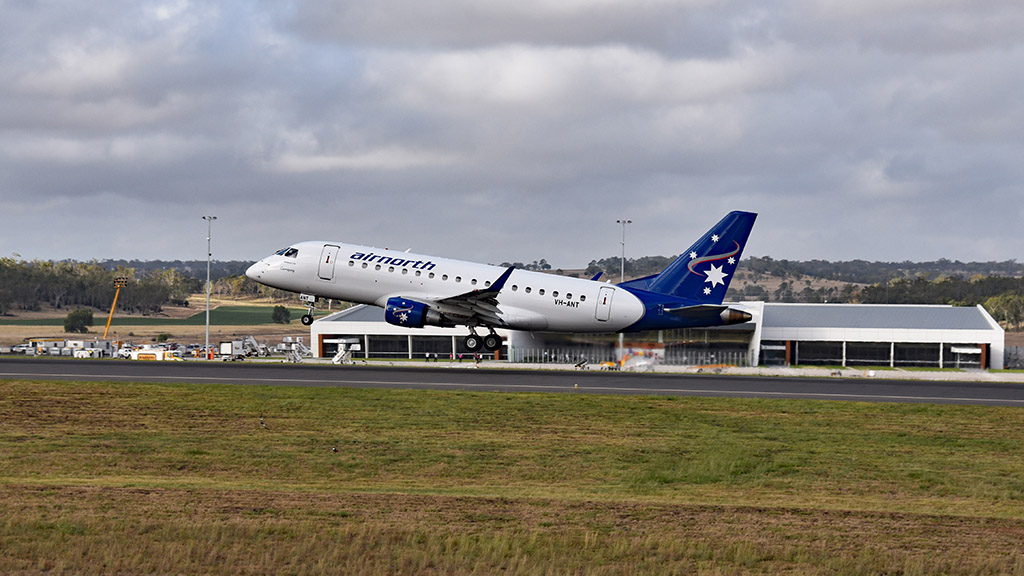 The arrival of this Jet represents another $25M investment by Airnorth delivering some of the world’s most technologically advanced aircraft into some of Australia’s most remote regional communities.

Airnorth Chief Executive Officer, Daniel Bowden said that this additional E170 Jet aircraft will support further expansion of the airline’s operations in both the regular passenger transport and charter markets.

“Airnorth is focused on consistent and sustainable growth of our operations in key niche markets predominantly in regional and Northern Australia through the delivery of quality air services to these regions.” However Mr. Bowden, who has been at the helm of Airnorth for over one year now, went on to say “the Airnorth route network literally stretches the length and breadth of Australia with services from Perth in the West, Melbourne in the South, Toowoomba (Brisbane West Wellcamp Airport) in the East and of course our home base in Darwin.”

The arrival of the 5th E170 Jet aircraft supports Airnorth’s recent expansion into Toowoomba, with links to Melbourne, Cairns and more recently the announcement of direct Townsville to Toowoomba return services which in turn provides links between Darwin and Toowoomba in just 5 hours.

Chief Minister Michael Gunner assisted in commemorating the arrival of the E170.

“My government is committed to cementing Darwin as the capital of the north. The expansion of Airnorth’s fleet is important to creating further links with Asia and rest of North Australia.” Mr Gunner said.

“This investment indicates a confidence Darwin International Airport shares with Airnorth in the growing Northern Territory aviation market. As our homebased

carrier, we will continue to work with Airnorth to develop new route opportunities well into the future.”
ends.

Airnorth provides direct connection to domestic and international flights through its partner airlines including codeshare arrangements with Qantas on most Airnorth jet services.